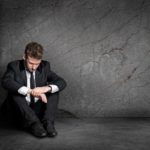 Our latest on Linked In: A study from John Hopkins found that only 2% of American hospitals let patients know when they’ve made a mistake. To say our society leaves no room for error, whether you now about them or not, is an understatement and actually discouraging.

Failure is one of those words we like to stay away from at a safe distance. As a leader, we feel the pressure to have it all together 100% of the time and have all the answers 100 out of 100 times.

But I feel confident in saying leaders can always learn and you can’t learn without some failure to go along with it. I hate to tell you, but failure is unavoidable. There will be circumstances outside of your best laid plan. There are a 100 moving parts- something can go wrong even under the best leader.

In light of this, the fastest way to learning whether you’re a good leader or not is when people still trust you after a mistake. After all, being human is a leadership trait as well. Or I’d like it to become one!

Interestingly enough, Oregon passed a law stating that an apology from a doctor wont be used against him or her. An oops may not mean career suicide anymore! Furthermore, the University of Michigan Health System has launched an initiative in which patients will be promptly told if an error has been made regarding their care. (Reader’s Digest, May 2016)

An offered settlement immediately has cut hospitals’ cost up to 60%. “I’m sorry” could finally be acceptable. Studies have shown it is less damaging to admit a mistake sooner than to cover up one, when ultimately trust is lost.

After a mistake, there is a moment of ‘What now?!’

This is a crucial moment! People want to know what happens next. Maybe they think you’re a bad leader. They might be angry. Let down.

If a mistake snowballs into an episode of self-depreciation, then you’ll lose confidence. Therefore, people will not be confident in your ability to lead. 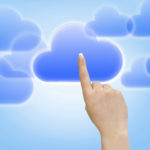 Integra has partnered with Mitel to bring you & your clients a comprehensive Enterprise-level Cloud Voice solution!

Run over Integra’s private Internet infrastructure, it provides a secure, encrypted connection with the use
of the Mitel hosted phones.

This service can be provided anywhere within Integra’s footprint, with a minimum of 8 seats required.
The pricing per seat is very competitive & they have also deeply discounted the Internet connection, with the order of this service.
We are excited to bring this as another solution to you & your clients!